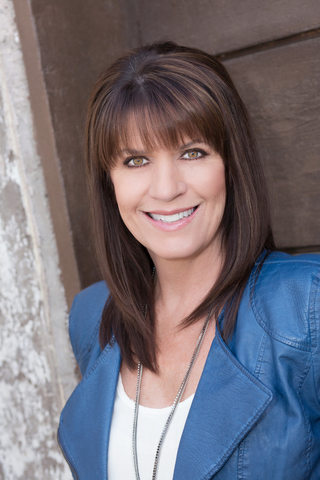 Becky Feola is a multi-award winning author and screenwriter who was most recently honored with the Silver Award in the Aging Consciously category of the Nautilus Awards and The First Horizons Award for superior work by a debut author through The Eric Hoffer Awards.  Also, she recently completed her first screenplay for a short film, The Many, based on a true story.  The Many has been submitted to the 2019 Sundance Film Festival.

Growing up on remote cattle ranches in Arizona and Wyoming, award winning author and screenwriter Becky Feola remembers walking across the fields and feeling the presence of those that came before her. By an early age she understood there was a world beyond what most people know, experiencing personal visits from the spirits bound to the surrounding area. While some might attribute these chance meetings to her imaginative nature, she came to know and accept that she possessed a heightened awareness of the paranormal.

Born to be a writer, Becky always loved creating characters and narratives with a special affinity for ghost stories. As an adult her desire to write was put on hold, as a result of life’s twists and turns. By the age of 45, Becky was widowed after supporting her husband through his 11-year battle with Huntington’s Disease. During his final days, she once again felt the presence of spirits and she knew he was passing between worlds. The experience reignited her desire to be a writer, as she began the next chapter of her own life.

Her first novel, Winter’s Child, set in Jerome, Arizona tells the tale of the murder of Josephine Wheaton and her unborn child. When the ghost, Josie, sets her sights on Michael and Abby Sinclair, they have no idea how far a mother will go to see her child live…even if they are both already dead. After spending extensive time in Jerome, including stays at the famous Grand Hotel, the story of Winter’s Child came to Becky in a vision. Following one of her visits, Becky awoke with the concept for the book.

Describing her writing process, Becky envisions entire stories as movies in her head, and then proceeds to put pen to page to bring the characters to life. Inspired by the places her characters hale from, Becky's next novel, Sugarland, is a complicated mixture of ghosts, voodoo and slavery set on a plantation in New Orleans in the late 1800s — all based on a vision she had while visiting Laura Plantation and standing in the actual slave quarters. She touched the wooden handrail on the stairs to their small, cramped rooms and the story started to flow in her head.

Becky was also recently asked to write a screenplay based on a true story and the short film has been submitted to the 2019 Sundance Film Festival.

When she’s not traveling, Becky writes from her historic home built in 1895 in Phoenix. From there she is inspired by the benevolent spirits that reveal themselves from time to time.

The Eldercare Consultant, Your Guide to Making the Best Choices Possible
A condensed guide packed full of critical information for those caring for aging loved ones.

The Many
Karma can't be conned!

Winter's Child
Coming soon... How far will a mother go to save her child's life, even when they are both dead?